This article is the part II of the Create a WebView-free Blog App with React Native Render HTML serie. See also Part I and Part III.

The source code of this case study is available in the main branch of this repo: jsamr/rnrh-blog. The enhanced branch contains a few more features beyond this tutorial, such as a refined UI, dark mode, caching with react-queries... etc. You can try out the enhanced version right now with expo, see the project page for instructions.

If you have any question or remarks regarding this tutorial, you're welcome in our Discord channel.

Try Out The React Native Blog App on Expo! 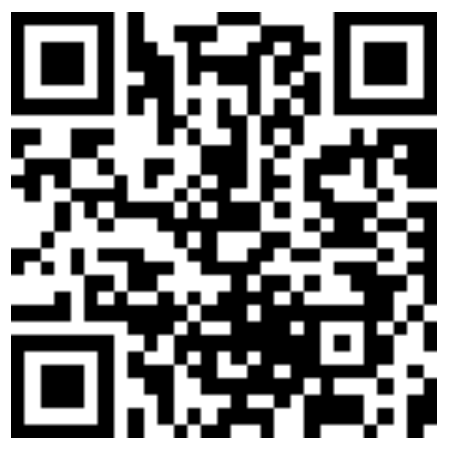 Let's get back to our HomeScreen.tsx file. Below are the steps to get to a functional component:

First of all, we'll define the FeedItem TypeScript interface in shared-types.ts. This is the shape of items parsed by the RSS parser.

Then, let's define the hook in the hooks/useRssFeed.ts file.

This hook uses an effect to load the feed, and store the retrieved items in a local state (items). A few remarks:

Last but not least, if you are using TypeScript, you will need to add module definitions for rss-parser. Put this file in the hooks folder:

We are going to define this component in the components directory, like so:

This component barely displays a FeedItem in a Card component from react-native-paper. Besides, it allows navigation to the "Article" route when pressed.

Since we have the data consumable with a hook, and individual items, let's rewrite the default export of screens/HomeScreen.tsx:

Great! Thus you should be able to see the list on your app. Press a card and you'll see an empty Article screen showing up. Note that we are using a Separator component for consistent spacing above, below and between items.

If you are unfamiliar with the FlatList component, check out the official guide.

You can drag-to-refresh the list to fetch the RSS feed again. This is thanks to onRefresh and refreshing props of the FlatList component.

Now it's time to refine the Article screen!

To render the article, we'll need to follow the below steps:

One important note is that we must use the explicit composite rendering architecture because we want access to the DOM object from the controlling component to easily extract headings, which is more tedious when using the implicit composite architecture (e.g., with the RenderHTML component).

Setting up the Composite Rendering Architecture#

Explicit composite rendering implies that we will replace RenderHTML with RenderHTMLSource, which will have two ascendants in the render tree: a TRenderEngineProvider and a RenderHTMLConfigProvider. Those parents will respectively share an engine instance and configuration with any ​RenderHTMLSource descendant.

A good place to put those providers is the very root of the application. For that end, we will create a components/WebEngine.tsx and load it from App.tsx:

We will go back to this component later to refine the appearance. For the time being, we'll focus on features. A final step is to import the WebEngine from the root component:

Let's implement an ArticleBody component which sole purpose is to display the rendered DOM when it's ready, and a loading indicator when it's not:

Note that the RenderHTMLSourceProps.source prop can take a dom, uri or html field. Just as a reminder, we need to use the dom source variant because we will have to query headings displayed in a Drawer menu.

We need to produce a dom object to feed the ArticleBody component we have just defined. We propose two hooks to produce this object:

Add this new file in hooks/useArticleDom.ts:

The important stuff is happening in the useArticleDom hook. We're using ​useAmbientTRenderEngine hook to get the instance of the Transient Render Engine provided by TRenderEngineProvider, which in turns offers the parseDocument method to transform an HTML string into a DOM. Moreover, note that because we passed selectDomRoot prop to select the first <article> met, the returned dom object will be an <article> element. Everything else such as <header>, <footer> and other elements will be ignored.

Finally, let's consume this hook from the ArticleScreen component and render an ArticleBody:

Fantastic! It's now rendering the whole article. It's very ugly though, and significantly divergent from the webpage layout, but we'll address that later:

We want to display a menu on the right. For this purpose, we will use the DrawerLayout component from react-native-gesture-handler.

Let's include this component in the ArticleScreen component:

Now, let's get back to useArticleDom hook and use an effect to extract headings from the DOM:

The effect is pretty straightforwards. It uses findAll from domutils to extract all h2 and h3 tags, and finally update the headings state. We are now ready to define a new TOC component to render those headings in the drawer.

The TOCEntry renders a Pressable which label is styled depending of the tagName (h2 or h3) and whether it's active (e.g. selected). Now we're ready to define the TOC component in components/TOC.tsx:

Finally, we must render the TOC component in the ArticleScreen:

Now, you should have a drawable TOC!

However, pressing an entry won't do anything. It is hence time to tackle the implementation of the tap-to-scroll feature! Let's jump to Part III.

Give us feedback in those threads
TwitterReddit